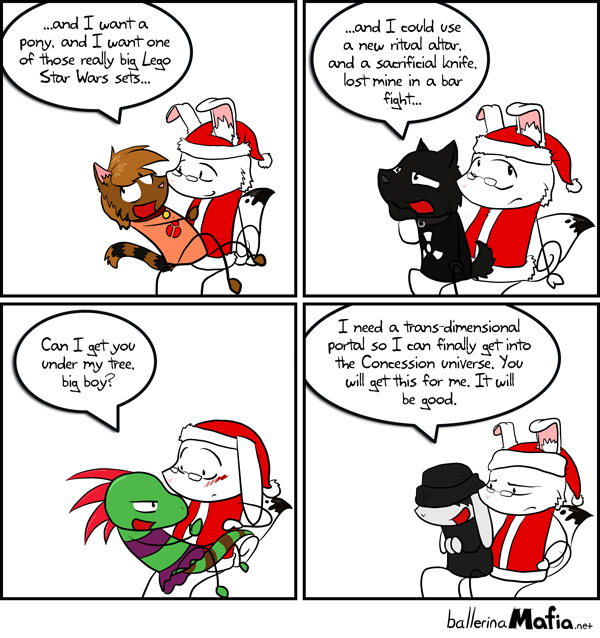 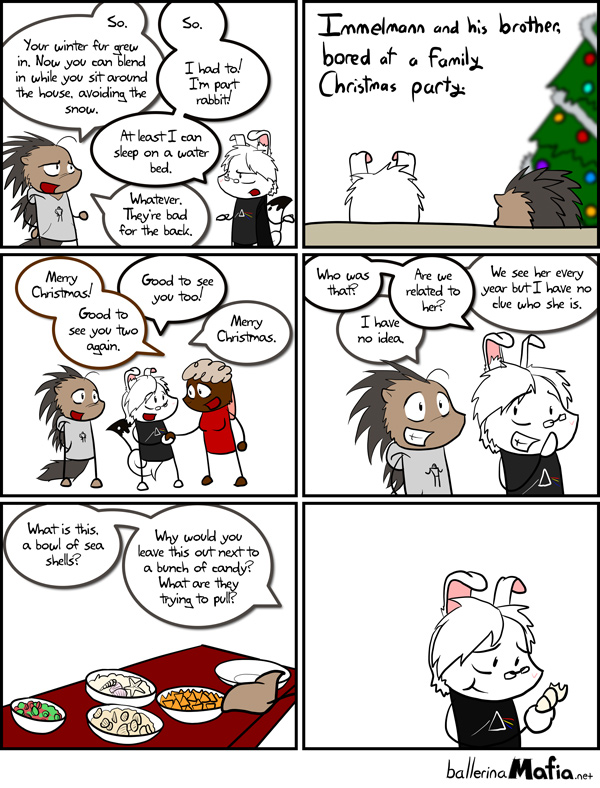 Today's comic is part of my tradition of Concession Christmas comics, also featuring Campy from Furthia High. Thanks to Eecho for the general concept of the comic!

Now that the first snow has fallen, my furry form has switched to his white winter coat of fur. That'll probably come up in the next comic, but I wanted to make sure I had a Christmas comic on time.