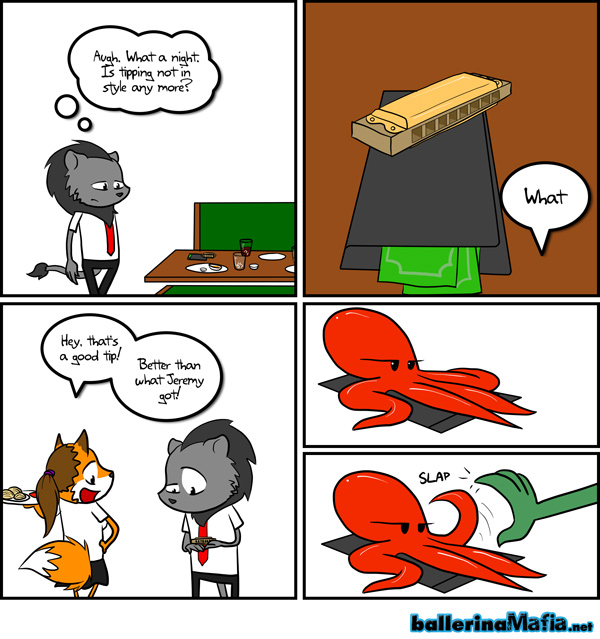 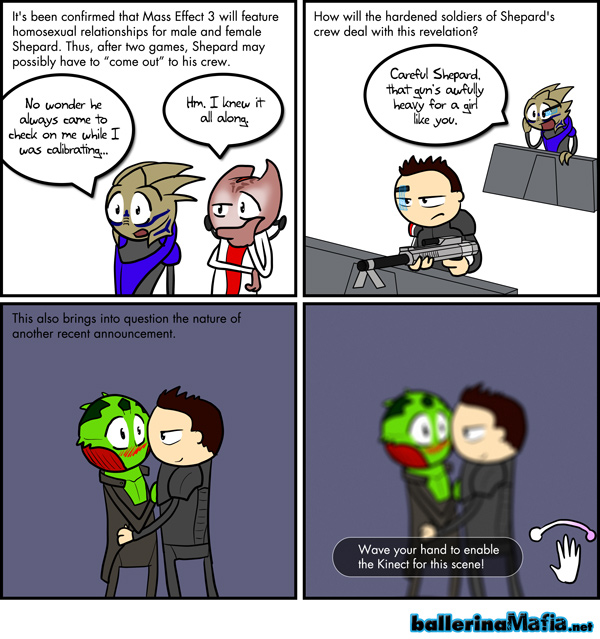 There was some minor deliberation to be had about where Sphix works. If I ever do more comics about his work place, it thus creates two different restaurant settings for Ballerina Mafia - Sphix's work, Olive Garden, which is in Utah, and Nicole's work, outback Steakhouse, which is near where Shugwar and Immy live. Though incredibly minor and not something most people would ever notice or think about, having two different restaurant locations for jokes seems incredibly redundant to me.

I settled on just "dealing with it", as the only other solutions were to either use Nicole/Cecil for this and further jokes and thus give Sphix less comic time, or make Sphix work with them at the Outback, which would conflict with the fact that Sphix lives far away from Immy, a fact already established as true. If Ballerina Mafia ever becomes an animated cartoon and stays based on the comic, I'll probably retcon things a little and simply have Sphix live in the same town.